This special day has been launched by the Tolkien Society in 2003 and is held annually on 25th March. Tolkien Reading Day's mission is to encourage fans to celebrate and promote the life and works of J.R.R. Tolkien by reading favorite works.

What will you be reading today?

1. Full name of J.R.R. Tolkien is John Ronald Reuel Tolkien (pron.: Tol-keen; equal stress on both syllables), Ronald to family and friends. His surname is of German origin and meas foolishly brave, or stupidly clever - sometimes he used the pseudonym Oxymore which refer to the name's  origin. 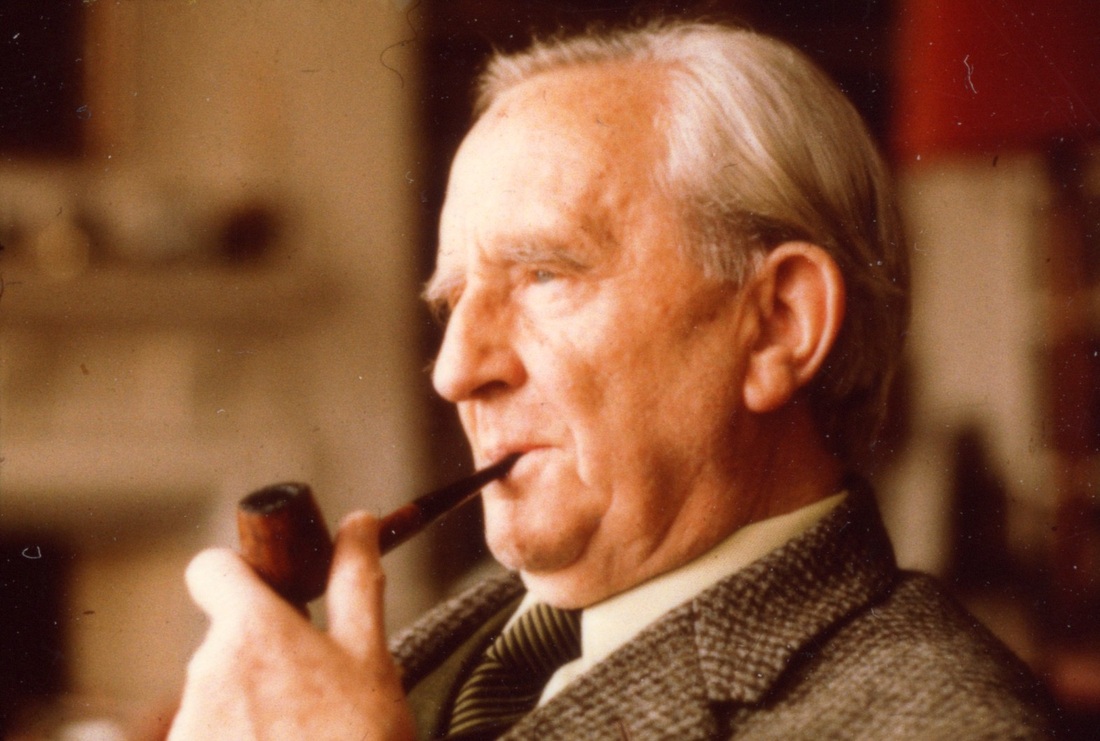 3. One of the vivid memory from South Africa was a huge hairy spider that bit Tolkien when he was a child, this experience could be an inspiration for deadly spiders in his later writing. 4. Tolkien was talented for languages. He mastered Latin, Greek, Gothic, Welsh, Finnish... It is said he knew over 30 languages and created several of his own. 5. The character of Gandalf was inspired by "Berggeist" (mountain spirit) created by the German artist Josef Madelener. The postcard with the illustration of an old man in a strange hat was spotted by Tolkien in Switzerland in 1911 during a student trip. 6. In 1920s Tolkien co-founded the Viking Club - the society where he, his professor colleagues and students read old Norse sagas, translate them into Old English and Gothic, entertained and drink beer.

7. Tolkien wrote illustrated letters to his children as if from Santa Clause. This resulted in The Father Christmas Letters published in 1976.

Images via Letters of Note

8. The first sentence of Hobbit was invented by Tolkien while grading student's papers. When he spotted a blank page where and answer to a question should have been provided he wrote "In a hole in the ground there lived a hobbit" as an impulse. 9. Middle-earth comes from the Old English language middangeard what was an ancient expression for the everyday world between Heaven and Hell. 10. Hobbit was published thanks to a 10 year old boy's review, the publisher's son, who convinced his father that the story was good enough for children aged 5 and 9. J.R.R. Tolkien - John Ronald Reuel Tolkien was an English writer, poet, philologist, and university professor, best known as the author of the classic high fantasy works The Hobbit, The Lord of the Rings, and The Silmarillion.

He served as the Rawlinson and Bosworth Professor of Anglo-Saxon and Fellow of Pembroke College, Oxford, from 1925 to 1945 and Merton Professor of English Language and Literature and Fellow of Merton College, Oxford from 1945 to 1959. He was at one time a close friend of C. S. Lewis—they were both members of the informal literary discussion group known as the Inklings. Tolkien was appointed a Commander of the Order of the British Empire by Queen Elizabeth II on 28 March 1972... more
Most popular books on BookLikes: